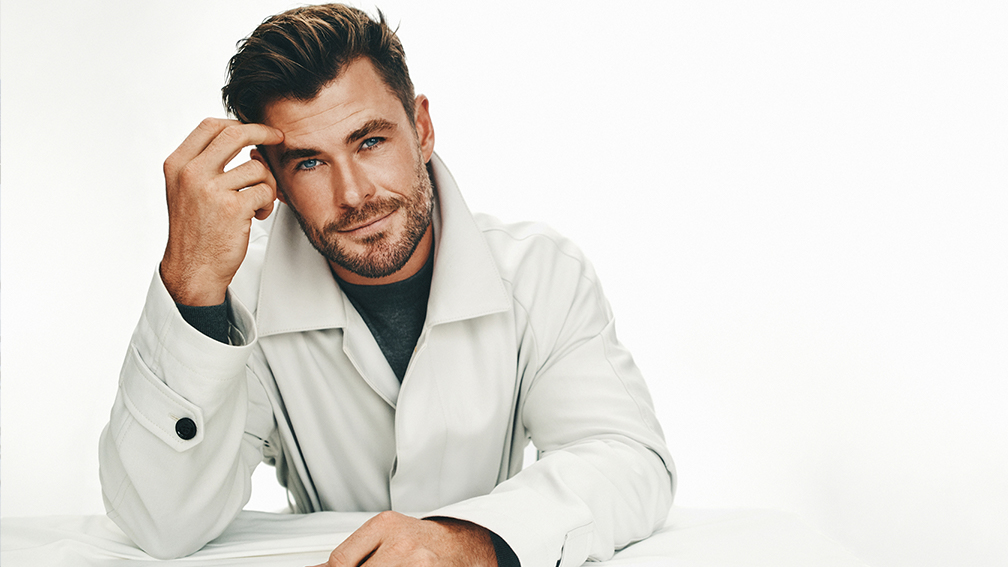 INTRODUCING A BOSS MAN FOR A WHOLE NEW ERA

How would you define success? Through professional achievement, or personal happiness? While the BOSS man was once characterised only by the former, those days are gone. Any driven individual seeking to live life to the full now pursues not only career success, but also a richly rewarding world outside of work.

With this in mind, Chris Hemsworth is the archetypal BOSS man for a new generation. His two-decade-long acting career, capped with ten years of Hollywood superstardom, ensures he ticks the box of professional success. Yet the Australian actor has never let himself be defined by his work alone.

While by day he might be Thor, Norse god of thunder, at home Hemsworth is a hands-on dad raising three children together with his wife, Elsa Pataky. He’s also an entrepreneur, with his own fitness and lifestyle app, and the face of our iconic men’s fragrance BOSS Bottled since 2017. A passionate surfer, he enjoys days spent at the beach, or in the great outdoors with his family.

Yet nature offers its own sense of perspective. In 2020, Hemsworth’s home in Byron Bay was close to the scene of that year’s dramatic bushfires – and just a few months later, his former home in Los Angeles was also surrounded by wildfire. The actor spent part of his childhood in the vast Australian Outback, and the fight to protect the environment has been important to him for years. It joins his work with children’s organisations in an impressive list of work and causes he’s publicly supported.

"We can spend our entire lives trying to control what is not in our power. The only thing we have control over is our view of things."
CHRIS HEMSWORTH
GLOBAL BOSS BRAND AMBASSADOR, ACTOR

More proof, as if it were needed, that a successful life brings our interior and exterior worlds into alignment – and that Hemsworth instinctively understands this need for balance. Family, friends and home are at the heart of who he is – while a passion for making our world a better place for those who will inherit it, as well as reaching his personal potential every day – provides him with focus and drive.

In a sense, acting is all about perspective: the ability to feel what someone else felt and to share a different point of view. To empathise across time and space, even into alternative realities. It’s a skill Chris Hemsworth uses professionally, yet also one that’s been so important personally. He’s been able to step back and see all the many things that help him build a rich and purposeful life. How’s that for success?