When planning and constructing new buildings or during the renovation of our existing ones, we make sure to reduce energy consumption and the associated emissions. We contribute to this through our energy-supply systems and energy-efficient technologies. For the construction of our non-retail locations, we strive for recognized sustainability certifications whenever possible such as the German Sustainable Building Council (DGNB).

In 2020, the new BOSS Outlet in Metzingen was awarded two platinum certificates by the German Sustainable Building Council (DGNB). The building itself as well as the interior spaces received the highest award level. By doing this, HUGO BOSS was the first company in Germany to receive the two certificates, and to become a pioneer in this area.

Sustainability aspects were already taken into account during the planning phase – these included, for example, the use of over 20 geothermal bores and a photovoltaic system on the roof with an annual electricity generation of around 539 MWh. This corresponds to an annual consumption of 108 four-person households.

Additionally required electricity is covered with 100 % green electricity. In addition to the efficient energy supply of the building, LED lighting was used throughout the entire sales area. Motion-controlled LED lighting was also installed in ancillary rooms. To ensure a high quality of indoor air, we have used FSC®-certified wood as well as recycled and low-pollution materials. The flexible furniture concept offers the possibility of quickly converting different areas, which can be achieved sustainably without the use of new elements.

Administration building at the headquarters in Metzingen

We have expanded our headquarters in Metzingen in recent years. A new, modern administration building was built in 2013, which is characterized by its particularly sustainable construction and operation. In recognition, the building was awarded a platinum certificate by the DGNB for its sustainable construction. The second platinum certificate from the DGNB was received in the summer of 2017 – HUGO BOSS decided to obtain additional certification in the category "Buildings in Operation".

Even during the planning stage, attention was paid to ensuring that the building met the highest sustainability standards during operation – this includes the photovoltaic system on the roof, which generates approximately 66,000 kWh of electricity per year. That is about the same as the annual consumption of around 13 four-person households. Further construction highlights include the green atrium with a watercourse, the targeted use of environmentally friendly and health-compatible building materials and the high degree of flexibility in interior design.

BOSS Outlet Metzingen
Administration building at the headquarters in Metzingen

Our distribution center in Filderstadt is currently one of the most modern logistics centers, with one of the largest shuttle warehouses worldwide – and was also awarded platinum certification by the DGNB.

The building also has a photovoltaic system on its roof: nearly 2,000 modules on the 14,000m2 roof area generate enough energy to supply over 110 four-person households with electricity for a whole year. The fully automated shuttle warehouse has been implemented within the logistics center – the entire area comprises nearly 10,000m² and is unheated and unlit, saving huge amounts of energy and space. A combined heat and power unit ensures the efficient supply of heat.

In addition, the distribution center has been fully equipped with energy-efficient LED lighting since 2017. Thanks to the energy-saving light sources and the resulting longer useful life, the energy consumption for lighting has been reduced by about half. Further advantages include an improvement in lighting quality and a reduction of the heat load in the building.

HUGO BOSS has defined various store concepts. Key sustainability criteria are taken into account from planning to execution of our stores. 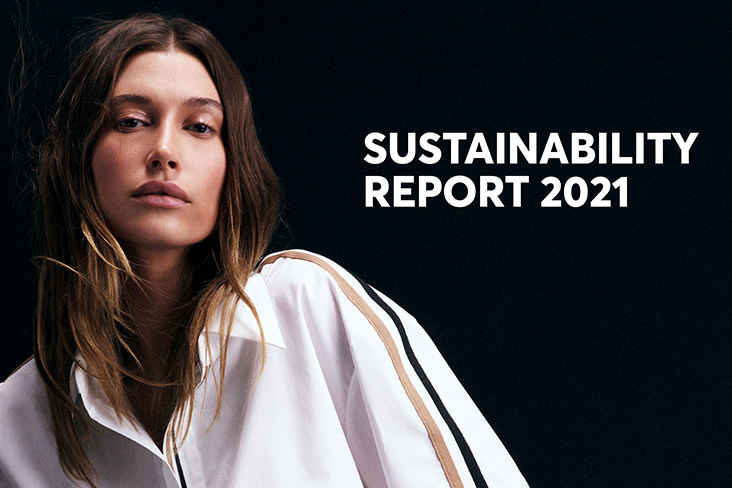 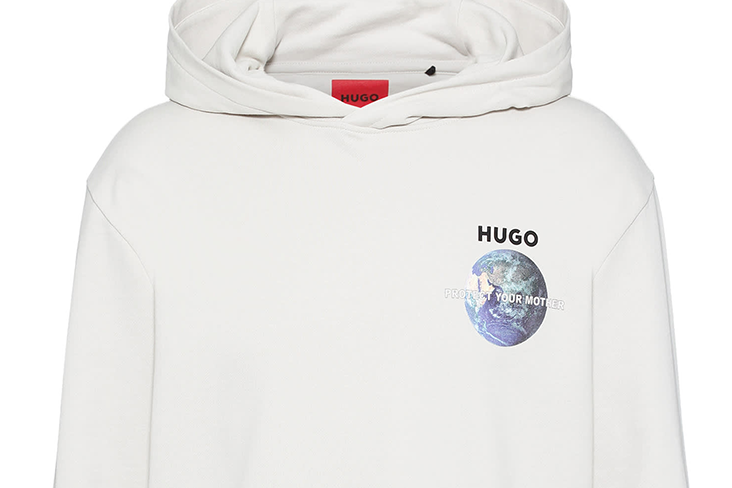 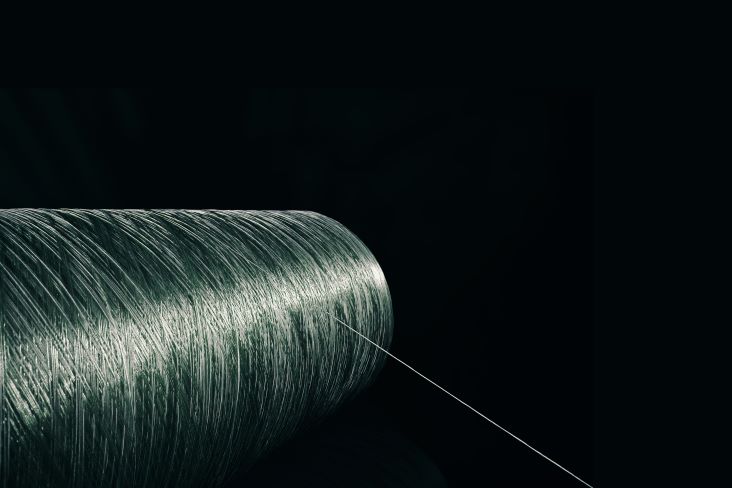