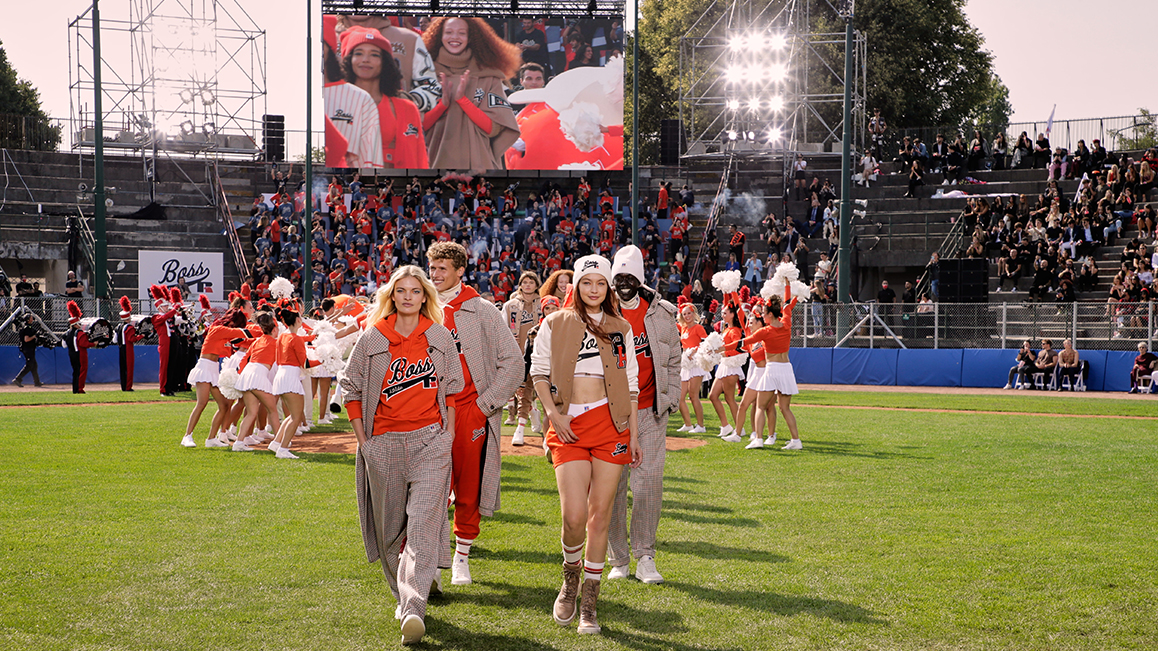 Baseball, cheerleaders, mascots, a marching band, a parade, and 1300 people cheering from the stands. The excitement of a watching a game in a stadium is something the world has been missing. But what does it have to do with fashion? Everything, because that was the idea behind launch of the second capsule collection of BOSS x Russell Athletic.

Two significant things, among others, happened during the pandemic: the world realized the importance of team spirit and it also changed the way it dresses, moving into casualwear and athleisure. The BOSS x Russell Athletic collection channelized these energies in a power-packed collaboration that brings together the timeless tailoring of HUGO BOSS and the casualwear legacy of Russell Athletic, made for Gen-Z and for a 24/7 lifestyle. The collection was launched as part of the Milan Fashion Week in September. It brought together the best of fashion with the crackling energy of baseball, in the biggest social-first event in HUGO BOSS history.

IT'S HERE AND NOW!

The launch began with a bit of baseball, cheered on by vibrant mascots and live commentary. They were followed by the iconic marching band who then set the stage for the cheerleaders in their orange-white outfits and jaw-dropping moves. Just like that, it was time for the unveiling of the collection. Gigi Hadid led the model line-up presenting the collection, that also included Irina Shayk, Joan Smalls, Cindy Bruna, Alpha Dia, Alton Mason, and Adut Akech, among others. TikTok sensation Khaby Lame closed the show, which wouldn’t have been complete without the BOSS x Russell Athletic food trucks serving game-day classics including popcorn, hot dogs, and ice cream.

As part of the social-first experience, HUGO BOSS announced a dance challenge, #BOSSMoves on TikTok. Five lucky winners receive an exclusive, digital BOSS x Russell Athletic NFT (Non-Fungible Token) bomber jacket as well as its physical, wearable counterpart. On the eve of the launch, HUGO BOSS and TikTok also jointly hosted a dinner for 60 TikTokers in Milan, to create content around the launch for their channels. A dedicated #BOSSMoves content creation lounge was also set up for them. Guests at the dinner included Olympians Alica Schmidt and Yusra Mardini (UNHCR Goodwill Ambassador), DTM racing driver Sophia Flörsch, fashion editor and stylist Letizia Schatzinger, and fashion entrepreneur Caro Daur. The BOSS x Russell Athletic collection was already shoppable on Instagram during the event and is also available for purchase online and in select stores. 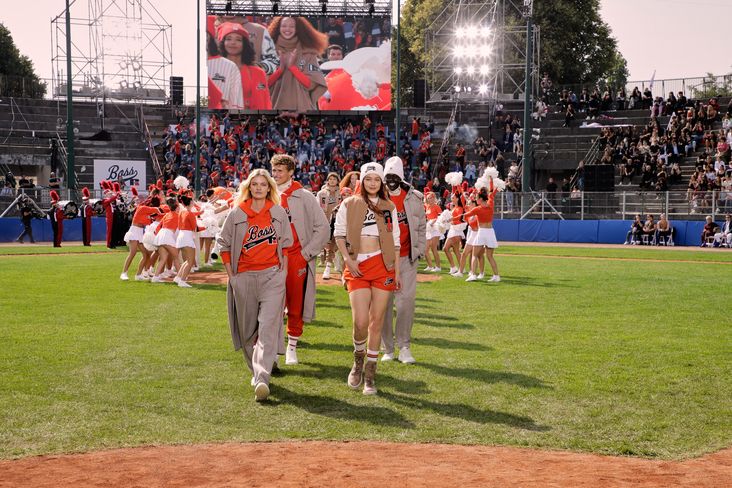