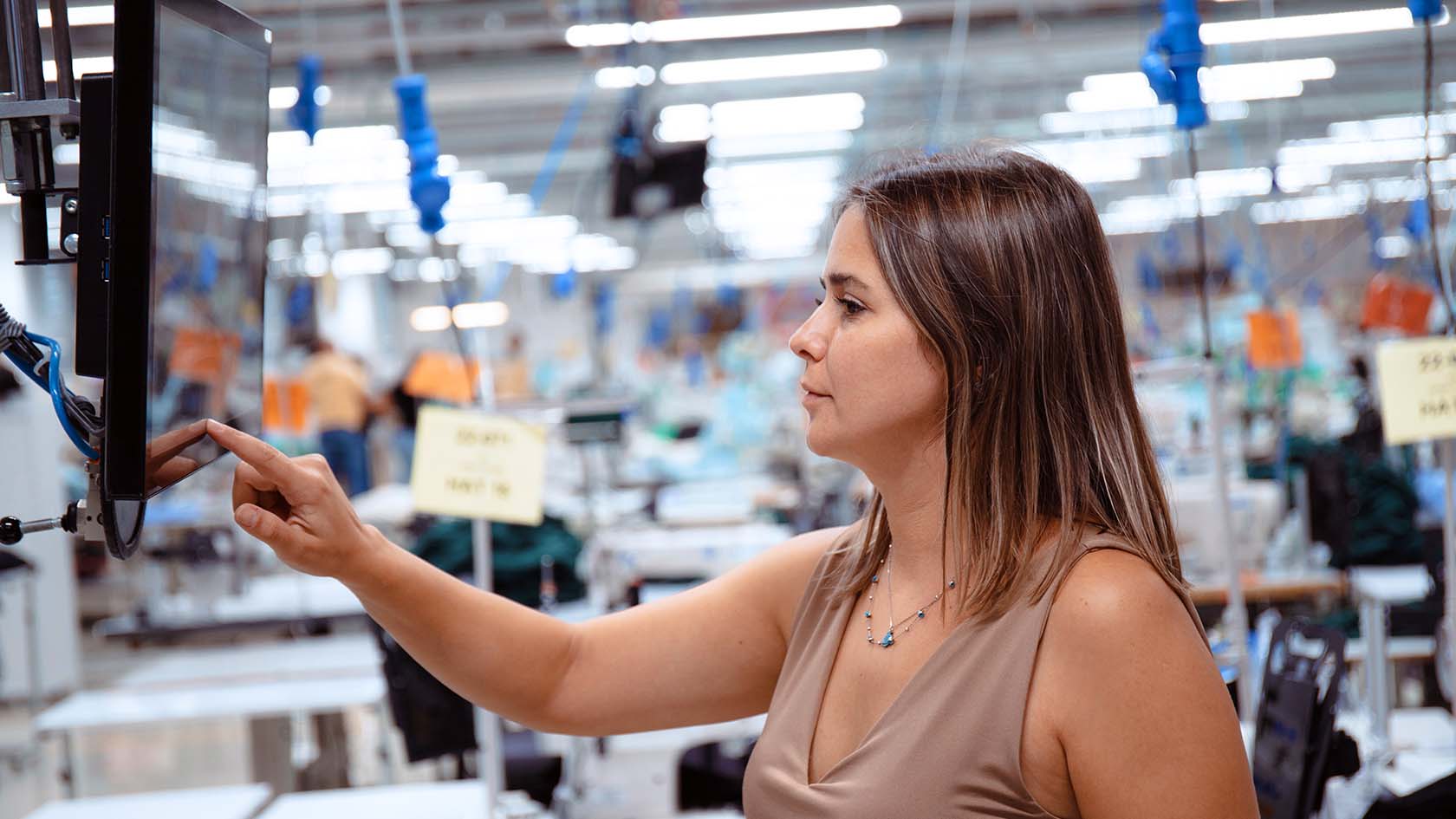 Targeted support for women who want to reenter the workforce: Pelin Atagüneş originally wanted to be a math teacher. She was even accepted to university, twice. But she could not go because there would have been nobody to look after her daughter.

Married at 17, she became a mother by the time she was 18. She was already freelancing, taking up part-time embroidery jobs, among others. When her daughter began going to kindergarten, she decided to work in the same cafeteria in order to be able to take care of her. She did this for four years. All the while, her passion for textiles remained, along with the desire to explore her talent and potential in the field.

It was around this time that she began to hear of HUGO BOSS and its reputation of trust among employees. ‘‘When I sat down for the interview, I didn’t know how to use a sewing machine.  But I wanted to learn. Apart from my freelance embroidery experience, all I had was self-confidence,’’ recalls Pelin.

I could have started working immediately, but I thought it would be a good idea to take the training first because I knew I needed new skills if I wanted to build my career in the field. The Open Doors for Women training program helped me learn the basics. I also learnt a lot on the job, during production.
Pelin Atagüneş
Group Leader

Pelin feels that HUGO BOSS is a well-structured company with a culture of mutual support. ‘‘People help each other here. And what impresses me the most is that the company is structured to focus on the employees’ needs and abilities, not their job titles. This is rare in our industry.’’

Pelin’s growth journey is impressive! Having begun as an operator, she climbed the ladder steadily. ‘‘Staying an operator was not an option because I felt that my dream was much bigger. So, I educated myself about the internal promotion process and applied to the Supervisor Academy. I was inspired by the growth stories I heard along the way. I was excited to learn that I was accepted to the academy!’’

After training for 9 months, she then became a supervisor, which meant that she was now a line manager. By 2014, she already had a team to manage, just two years after joining the company. ‘‘Working as a supervisor made me understand the importance of the training that I received in the beginning. I learnt a lot, especially in the areas of leadership, emotional intelligence, and team management. It was exciting to prove myself and to potentially train new candidates who will follow this path.’’

After working for five years as a supervisor, her growth journey began to accelerate!  By 2019, she was promoted to Process Manager. She became the first ever process manager, who got promoted from the Open Doors for Women initiative. Today, she is a Group Leader. In the meantime, she started raising her daughter as a single mother, after a divorce.  Though her career is now stable, learning never stops! She has now begun studying Human Resources in correspondence.

I am proud of my story, of what I was able to achieve, while single-handedly raising my daughter. She is now 21 and a veterinary technician. I tried to be a good role model for her. I think I was able to convey to her it is possible to achieve your dreams, if you set your mind to it. I see that she no longer hesitates to make a decision that she wants to make. She is now self-confident and this makes me even more proud! 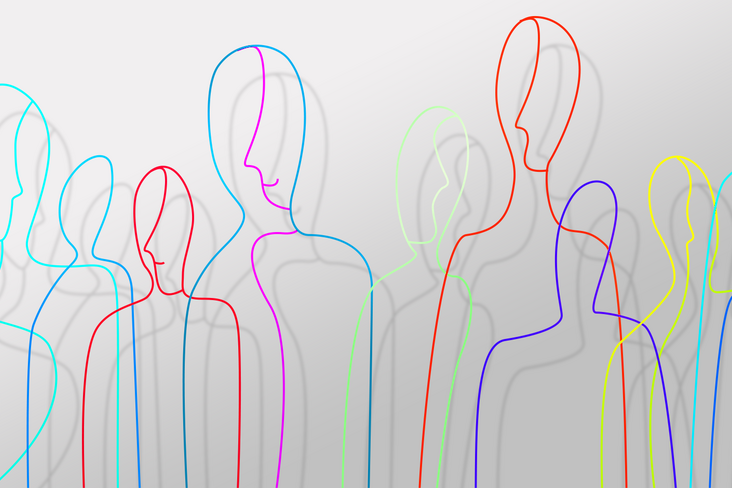 At HUGO BOSS, we believe that an inclusive company culture is a source of creativity, strength and innovation. 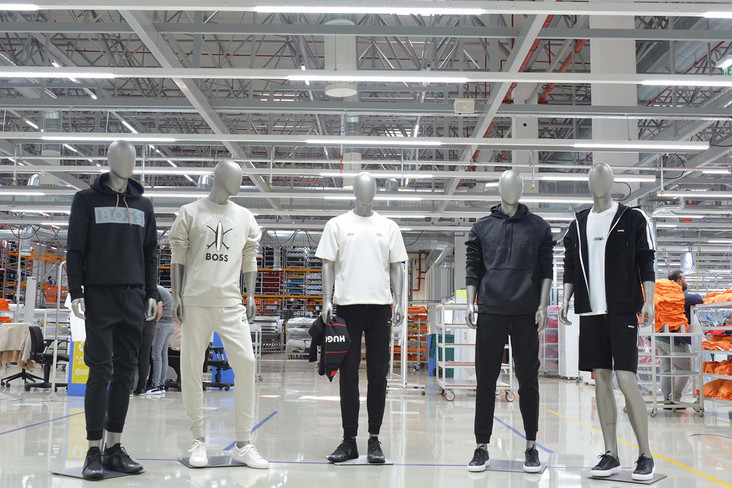 On October 27th, 2022, we celebrated the opening of a fourth factory at our high-tech production site in Izmir. 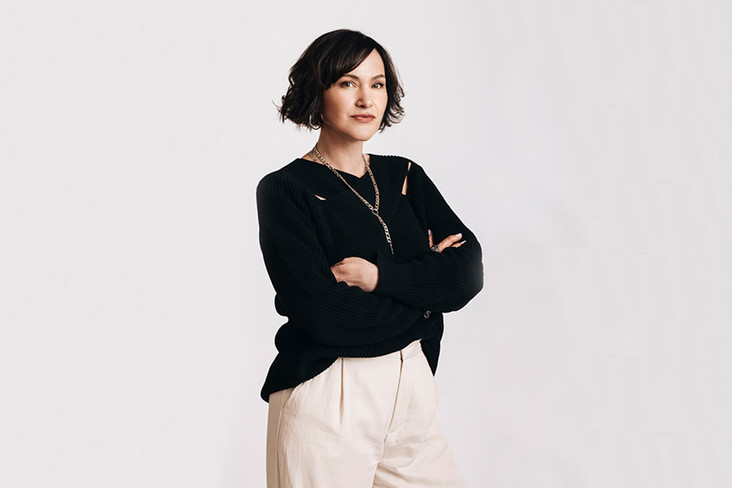 Comprising a fast-paced interview format, each video will feature a HUGO BOSS leader, who will share their perspective on the art of inspiration.