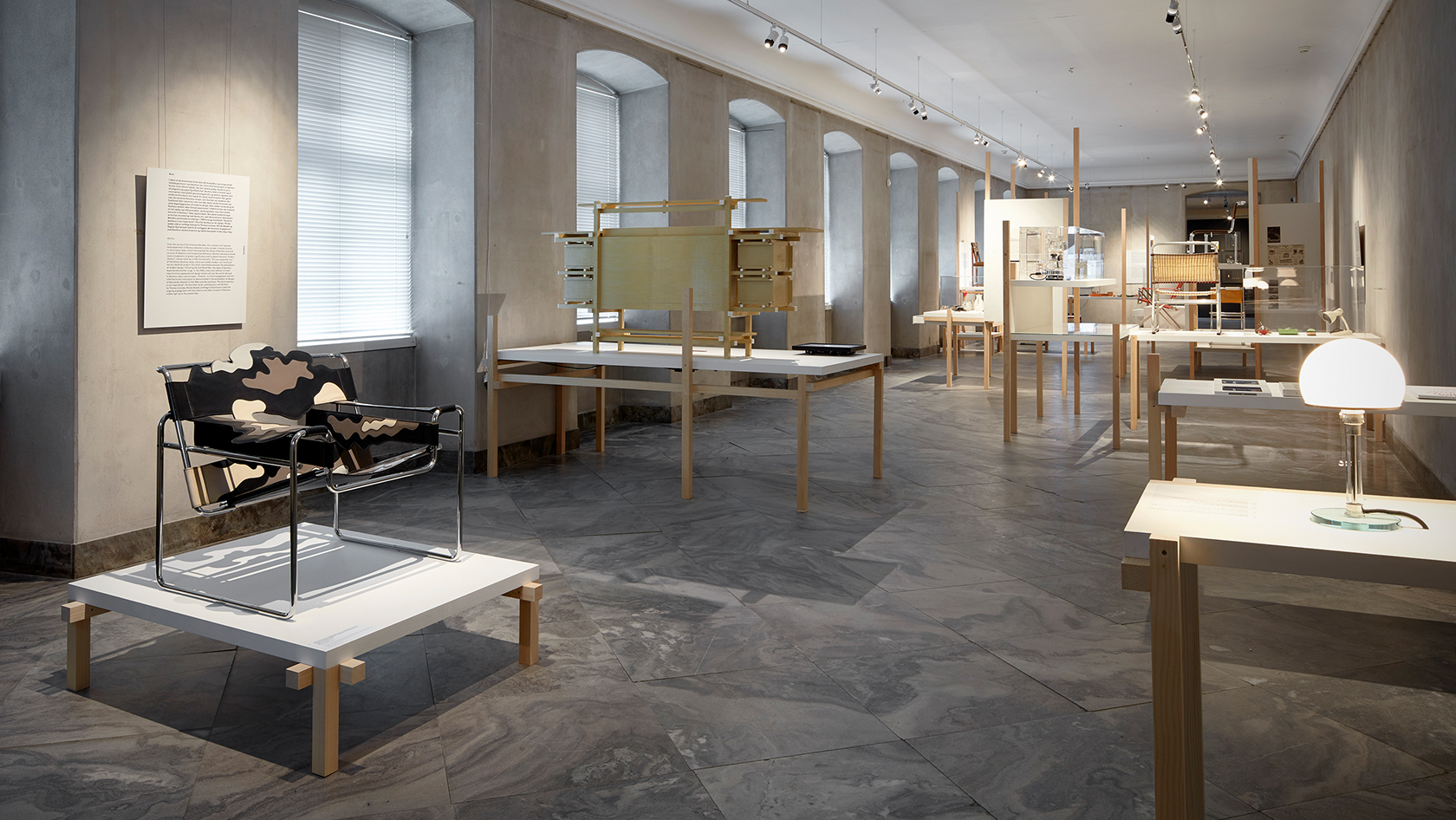 An interview with Jolanthe Kugler, curator of the Vitra Design Museum, and Anne-Louise Sommer, director of the Designmuseum Danmark, about Bauhaus, myths and the traveling exhibition.

Our taste in design or fashion is subject to constant change, influenced not only by style icons and fashion designers, but also by events and movements that surround us. Some of these influences are ephemeral (hopefully saving us from a comeback of the perm), while others shape the world for many decades. The Bauhaus School, which celebrates its centenary this year, falls into this category.

HUGO BOSS has been sponsoring the exhibition "Bauhaus #itsalldesign" at the Vitra Design Museum in Weil am Rhein since 2015. In the Bauhaus year, the traveling exhibition has now arrived in Copenhagen, more precisely in the Designmuseum Danmark. This seems like good enough reason to ask two Bauhaus experts, Jolanthe Kugler, curator of the Vitra Design Museum, and Anne-Louise Sommer, director of the Designmuseum Danmark, a few questions about Bauhaus.

Why is Bauhaus called Bauhaus?

Jolanthe Kugler: The name Bauhaus is derived from the medieval "Bauhütte" or “Hütte” (hut), a nationwide organization that was responsible for the construction of sacred buildings. The hut was the place where art and craft merged, where apprentices grew into journeymen and then masters. And where the synthesis of craftsmanship gave rise to such monumental buildings as the Gothic cathedrals.

Is it possible to describe the Bauhaus in short?

Anne-Louise Sommer: It can be described as a multidisciplinary approach to design, derived from the wish to unite the disciplines of crafts, art and architecture and to create functional and beautiful objects for everyday use.

Jolanthe Kugler: That’s right. And it is not a concept of style, but an idea, a philosophy of life, a new way of thinking - or, as the architectural historian Jean-Louis Cohen said, an opinion towards society.

Did you come across surprising facts in your discussion of the Bauhaus?

Jolanthe Kugler: Although the Bauhaus seems to have been extensively researched, it is so complex and multi-layered that one repeatedly encounters surprises.

Anne-Louise Sommer: Indeed. I was a bit surprised of how many female students had to struggle to get recognition and even though the school formally accepted male and female students, women were often referred to the textile or pottery departments, even if they wished to work with metal.

Jolanthe Kugler: The women at the Bauhaus remained either in the background, at the side of their husbands, doing great things, like Ise Gropius, Walter's wife, who was affectionately called "Frau Bauhaus", who did all the correspondence, founded and maintained the circle of friends, travelled the country to promote the Bauhaus. Or, if unmarried, they were assigned to the weaving mill. Weaving was considered a women's matter. Only very few succeeded in completing their training in another workshop, like Marianne Brand in the metal workshop.

Myth or truth: Everything at the Bauhaus is always white.

Anne-Louise Sommer: Myth. There is so much color. You can see this in the buildings and in the works by Johannes Itten, Wassily Kandinsky, Josef and Anni Albers and many others.

Jolanthe Kugler: The expression "form follows function" is one of the most misunderstood guiding principles in the history of architecture. It comes from Louis Sullivan and actually reads: "It is the pervading law of all things organic and inorganic, of all things physical and metaphysical, of all things human and all things superhuman, of all true manifestations of the head, of the heart, of the soul, that the life is recognizable in its expression, that form ever follows function. This is the law." In this sense, one could say that the Bauhaus follows this maxim.

Myth or truth: The Bauhaus invented the flat roof (see the "roof dispute").

Anne-Louise Sommer: Myth. The flat roof was indented much earlier, but it’s true that it was used in a lot of the modernist architecture, and also the Bauhaus. In general the Bauhaus is known for translating things that already exist into a more accessible and popular design.

Myth or truth: The Bauhaus aesthetic is minimalist.

Jolanthe Kugler: There is no such thing as a Bauhaus aesthetic. However, many of the objects and architectures created at the Bauhaus are minimalist in the sense of optimizing materials and production processes. It is a design language condensed to the essential and simplicity.

Do you have a Bauhaus design classic at home?

Anne-Louise Sommer: No, unfortunately not. But I wish I had Wilhelm Wagenfeld’s “kubus” glass storage jars.

Jolanthe Kugler: Depending how narrow you define the term, I have several design classics at home! For one, Marianne Brandt’s ashtray, built to last and produced by Alessi since decades. And then, probably just like everyone in the German speaking countries: the “Max and Moritz” salt and pepper shaker by Wilhelm Wagenfeld, or Gerhard Marcks’ coffee machine, which was redesigned by Wagenfeld and produced first by the Jenaer glass manufacturer and later – until today – with basically no design adjustments by Bodum.

Supporting art exhibitions in order to foster dialog on current topics in society is an integral part of our commitment. For this purpose, HUGO BOSS cooperates with renowned art museums all over the world.
Discover exhibitions